Rockin' the Boardwalk in Virginia Beach

Rockin' the Boardwalk in Virginia Beach 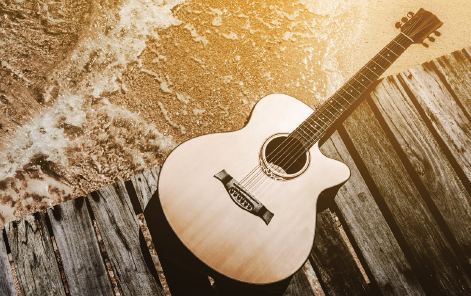 7:30AM: Motorcoach will depart from Lancaster, AC Moore store located in Lancaster Shopping Center on the Oregon Pike/
Route 272 side of the store.

This evening check into the hotel with time to freshen up before a boardwalk bash dinner show. Put on your colorful beach
attire and get ready for a California blend of dinner and dancing at the Beach Boys Boardwalk Bash.
Hotel: TBA, Virginia Beach, VA. (Dinner)

Wednesday, October 14: Virginia Beach Military Aviation Museum and a Concert by “The Sounds of the Supremes”
After breakfast depart with our guide for a motorcoach sightseeing tour of Virginia Beach. As you enjoy the beautiful views
of the Atlantic Ocean and the Chesapeake Bay, you’ll learn about the history of Virginia’s largest city and get the pulse on
current day in this resort town. While on the tour you’ll see the First Landing Cross at Cape Henry where the English colonists
first came ashore in 1607 prior to settling at nearby Jamestown. Walk out on the overlook to see where the bay and the
ocean meet, and where the famous Battle of the Capes took place during the Revolutionary War. A stop will be made at the
Old Cape Henry Lighthouse. Built in 1792, this lighthouse was active until the late 1800’s and is currently a Virginia Historic
Landmark. You will have time to climb to the top of the Lighthouse and to browse in the gift shop. As we ride down the resort
strip, you’ll get a chance to see the historic Cavalier Hotel as well as the Tidewater Veterans Memorial, a unique structure
which pays homage to veterans everywhere.

Visit the Virginia Beach Military Aviation Museum, home to one of the largest private collections of World War I and World War
II era military aircraft in the world. A delightful lunch will be served while listening to a musical tribute to Frank Sinatra and
a flyover by a historic airplane. Dinner will be on your own this evening at the Virginia Beach Town Center before tonight’s
entertainment “The Sounds of the Supremes,” a group dedicated to the energetic pop music of the Supremes.
(Breakfast, Lunch)

Thursday, October 15: Naval Station Norfolk, Dolphin Watching Cruise, Evening with the Jersey Boys “Lets Hang On!”
After breakfast, meet our guide and depart for another day of touring. We’ll drive by the historic homes built for the 1907
Jamestown Exposition on “Admiral’s Row” and the military vessels, including magnificent battleships. Arrive the Naval Station
Norfolk. Active-duty military personnel will board the motorcoach and narrate throughout the base. Enjoy lunch at a local
restaurant, followed by a dolphin watching cruise. On this 90-minute cruise you’ll experience close-up observations of the
marine environment and its inhabitants as we glide through the waters of the Atlantic Ocean. Then, it’s off to a night of fun,
starting with a delicious Italian-themed dinner followed by another marvelous music show by “Lets Hang On” a tribute band
for The Jersey Boys and Frankie Valli and The Four Seasons. (Breakfast, Lunch, Dinner)

Limits on AAA Travel’s Responsibilities: The American Automobile Association, Inc., gives notice that all tickets and coupons are issued and delivered by them and all arrangements for transportation or conveyance, or for hotel accommodations are made by them as AGENTS, upon the express conditions that they shall not be liable for any injury, damage, loss, accident, delay, or irregularity which may be occasioned by reason or defect in any vehicle or through the act of default of any company or person engaged in conveying the passenger or hotel proprietor, or employee, or in carrying out arrangements of the tour, or otherwise in connection therewith. No carrier shall have or incur, any responsibility to any persons taking this tour, except its liability as a common carrier. The airline and/or steamship lines concerned are not to be held responsible for any act, omission, or events, during the time the passengers are not on board their plane or conveyances. The passage contract in use by the airline and/or steamship concerned when issued shall constitute the sole contract between the carrier and purchaser and/or passenger of these tours. The aforesaid American Automobile Association, Inc. can accept no responsibility for losses or additional expensed due to delay or changes of schedule, weather, strikes, war quarantines, or other causes. All such losses or expenses shall have to be borne by the passengers. AAA Travel Agency regrets that it cannot provide individual assistance to a tour/cruise member for walking, dining, or other personal needs. A companion must accompany persons needing such assistance.