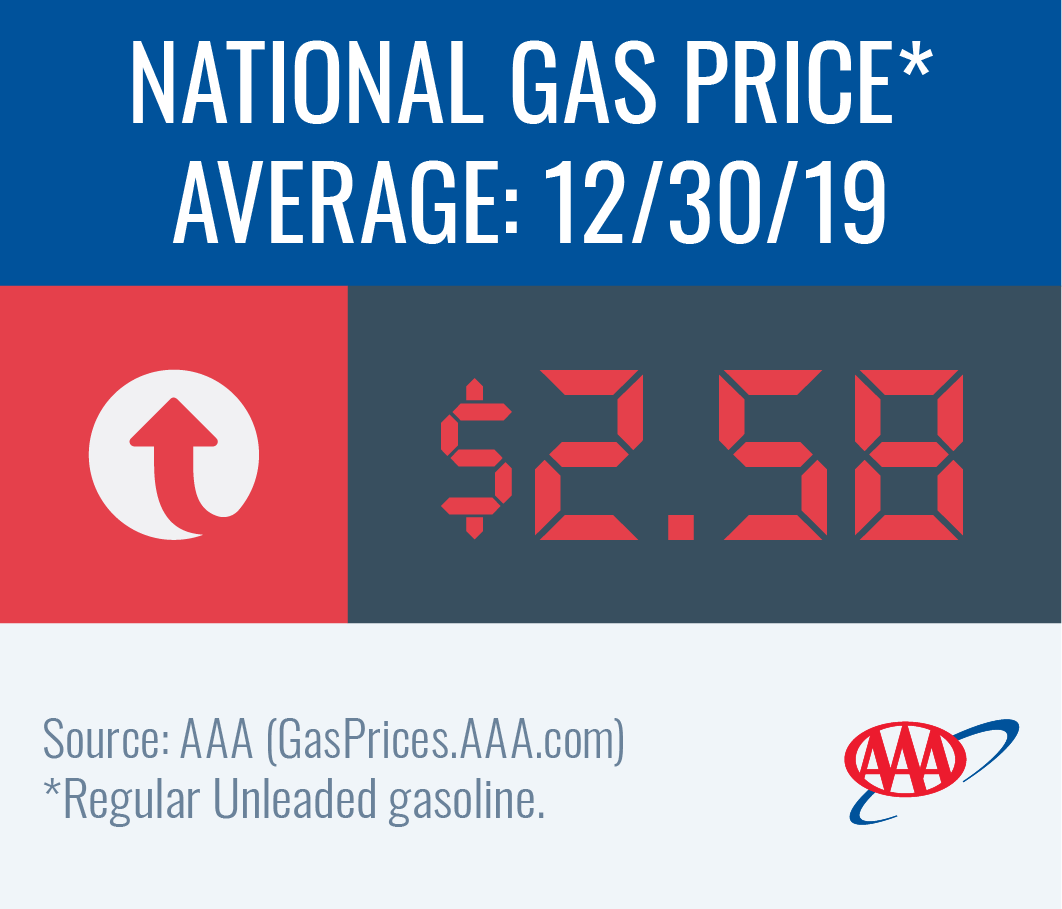 “The majority of states saw gas prices increase in the last week – some by as much as a nickel to a dime, but any spikes in gas prices that motorists are seeing will be short-lived,” said Jeanette Casselano, AAA spokesperson. “AAA expects gas prices to decrease following the holidays.”

Missouri ($2.21) carries the cheapest gas price average in the Great Lakes and Central region and the country. On the flip side, Illinois ($2.65) touts the most expensive average for the region. On the week, the majority of Great Lakes and Central states have more expensive averages, with Michigan (+12 cents), Ohio (+9 cents), Indiana (+8 cents) and Illinois (+7 cents) seeing the largest jumps, which land these states on the 10 top list of biggest weekly changes in the country.

Despite a nearly 400,000 bbl build in gasoline stocks, gasoline prices in the region are up due to year-end holiday travel. Data from the Energy Information Admiration (EIA) lists total stocks at 52 million bbl, which is about 1 million more than this time last year. Stocks are expected to continue to build and drive gas prices cheaper in the new year.

Gas prices are as much as six cents more expensive for motorists across the Mid-Atlantic and Northeast states compared to last Monday, except in Vermont ($2.63) and Massachusetts ($2.56) where prices in both states are stable on the week.

Pennsylvania ($2.79) ranks among the top 10 most expensive state averages in the country. In the region, motorists can find gas as cheap as $2.35 in Virginia and $2.40 in Delaware.

Motorists in the South and Southeast are paying as much as six cents more on the week to fill-up. Texas (+6 cents) and Louisiana (+5 cents) saw the largest increases, while a majority of states in the region are seeing three- to four-cent increases. Gas prices in the region range from $2.25 in Mississippi to $2.45 in Florida.

Gasoline stocks built by a substantial 2.2 million bbl, pushing total stocks to 85.6 million bbl. The large increase in stocks helped to keep this week’s price pump jumps to a minimum. Gas prices could increase in the coming week, but with EIA measuring regional refinery rates at 96%, increases are likely to be small and not linger.

Gasoline stocks held relatively steady at 7.6 million bbl. Per EIA’s latest report, stocks are about 620,000 bbl higher than this time last year. At 95.7%, regional refinery utilization is the second highest in the country and will help to keep gas prices less expensive in the week ahead.