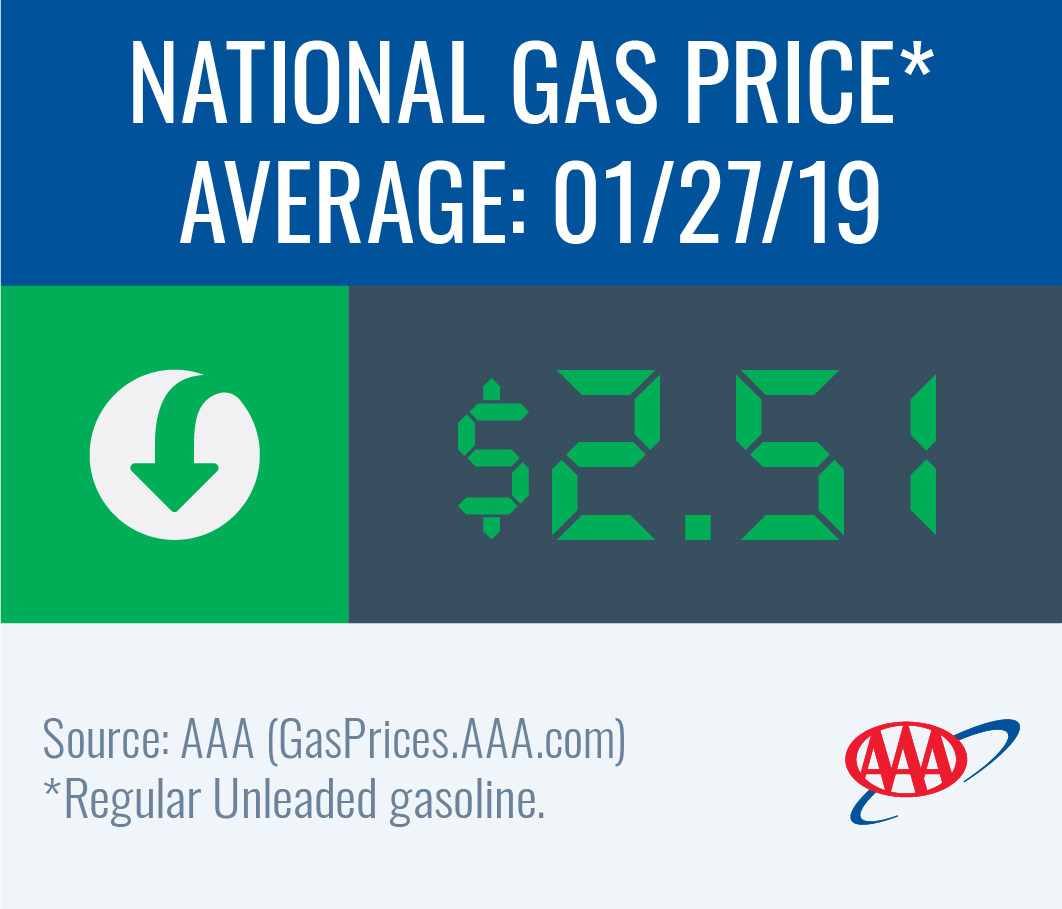 The national gas price average is $2.51, which is three cents cheaper than last week, four cents less than last month, and 25 cents more than a year ago. Gas prices have continued to drop over the last week as gasoline stocks grew again, measuring at 260 million bbl – the highest stock level ever recorded by the Energy Information Administration (EIA) since it began recording the data in 1990.

EIA estimates that demand grew slightly from 8.56 million b/d to 8.66 million b/d. However, the current rate is lower than last year’s 8.87 million b/d at this time.

Price declines have mostly slowed since last week in the region. Although Michigan (-8 cents) is on the top 10 weekly decreases list, Ohio and Missouri saw no change to their state averages from last week, while states like Iowa (-2 cents) and Wisconsin (-2 cents) saw their averages take a slight step back.

Regional gasoline stocks built by 1.7 million bbl, according to the EIA, bumping totals to 58.2 million bbl. Stocks have been steadily building since mid-November and are at the highest level for the region since February 2019. Typical regional fluctuation aside, gas prices are poised to continue to edge cheaper through the end of the month.

Gas prices are cheaper across the South and Southeast with four states seeing weekly decreases of four cents or more, which land them on the top 10 list of largest weekly price declines in the country: Florida (-8 cents), South Carolina (-6 cents), Louisiana (-5 cents) and Texas (-4 cents).

The region saw a third week of stock builds. EIA data reports the South and Southeast saw build of 1 million bbl, measuring total stocks at 95.3 million bbl. That is the highest regional stock level on record since the EIA began recording and will likely drive gas prices cheaper for motorists across the region amid lower winter gas demand.

All states in the Mid-Atlantic and Northeast region saw gas prices decrease on the week. These five states saw the largest declines at the pump in the region and nation: Pennsylvania (-6 cents), Delaware (-5 cents), North Carolina (-5 cents), Maryland (-5 cents) and West Virginia (-4 cents).

Pump price declines are likely to extend through the end of the month as gasoline stocks continue to grow in the region. With a 100,000 bbl build, regional gasoline stocks sit at 65.3 million bbl. Gasoline stocks have been steadily building since mid-November, paving the way for cheaper gas prices for the region.

According to EIA's report for the week ending on January 17, total gas stocks in the region dropped 1.4 million bbl to 32.4 million bbl. The current supply level is in line with last year’s level at this time, which will likely help prices to stabilize throughout the week.

Gas prices pushed cheaper for another week in the Rockies with Colorado (-3 cents) and Wyoming (-3 cents) having the largest decreases on the week followed by Utah (-2 cents) and Idaho (-2 cents). At $2.52, Montana carries the cheapest state average in the region while Utah ($2.60) has the most expensive.

With a 350,000 bbl build, gasoline stocks hit a record-breaking high for the region – totaling 8.8 million bbl. This is the highest recorded stock level for the region since the EIA began reporting. More so, the region has not seen stocks measure at 8 million bbl (other than the week prior) since March 2018. This very high and healthy stock levels should continue to put downward pressure on gas prices for the remainder of winter.

At the close of Friday’s formal trading session on the NYMEX, WTI dropped by $1.40 to settle at $54.19. Crude prices dropped last week after market concerns increased due to the growing impact of the coronavirus on global travel. If global travel demand decreases, global crude demand would likely follow suit and result in lower global crude consumption. If market concerns regarding the virus continue to grow this week, crude prices could drop further.