Record Number of Holiday Motorists Expected Across the Country this Week

Record Number of Holiday Motorists Expected Across the Country this Week 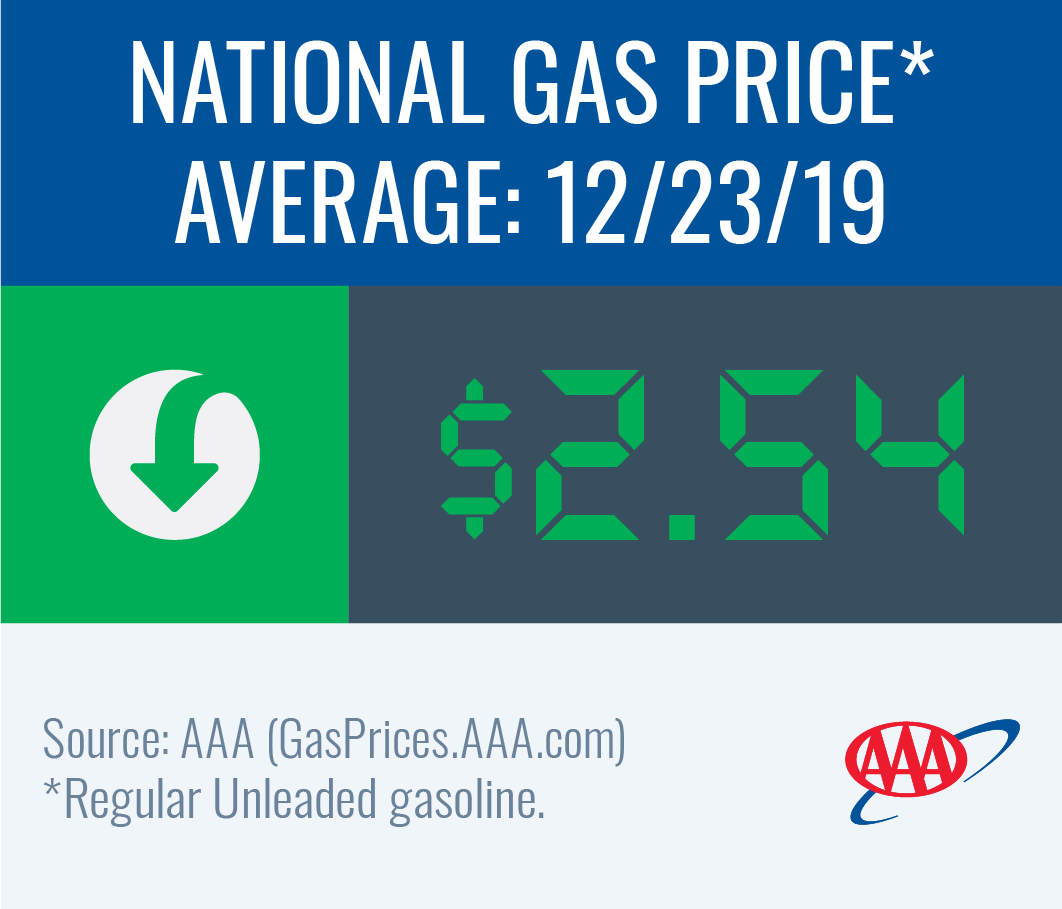 More than 100 million Americans are taking to the roadways to travel for the holidays, but that hasn’t had a large impact on gas prices. At the start of the work week, only about a dozen states are seeing more expensive gas prices with increases of less than a dime.

“AAA forecasts that 104 million Americans will travel by car - the most on record - for a year-end holiday,” said Jeanette Casselano, AAA spokesperson. “The substantial number of motorists has caused some state averages to increase heading into the holiday week, but these jumps aren’t big and won’t last long or linger past the holiday season.”

Today’s national average is $2.54, which is a penny less than last week and a nickel cheaper than last month. While the national gas price average continues to slowly edge cheaper, it is noticeably more expensive as compared to last year’s holidays - by nearly 20 cents. However, this isn’t deterring people from taking their holiday road trips and some states are seeing lower averages than last year.

Four Great Lakes and Central States land on the top 10 list for largest weekly changes, but for increases and decreases alike: Kentucky (+9 cents), Illinois (-5 cents), Nebraska (+4 cents) and Indiana (+4 cents). The three states with large jumps are exceptions for  the region. Filling up continues to be less expensive for the majority of motorists in the region thanks to mostly increasing stock levels since the beginning of November.

While regional prices are mostly cheaper on the week, they range from 18 cents to 47 cents more expensive compared to this time last year. This is likely due to higher winter crude oil prices.

In the region, Pennsylvania ($2.75) carries the most expensive state gas price average and lands on the top 10 list of most expensive averages in the country.

EIA data shows that regional gasoline stocks built, but by a marginal 600,000 bbl, to total 62.9 million bbl. In the same timeframe, regional refinery rates increased, though only by 1%. Gas prices are likely to see some fluctuation in the week ahead, but any increases are not expected to be large spikes or to linger for very long.

Motorists traveling through the South and Southeast during the holidays will find some of the cheapest state gas prices in the country, ranging from $2.19 - $2.41.  Drivers in the region are starting the work week with gas prices slightly more or less expensive, but only by a few pennies. Florida (-4 cents) and New Mexico (-3 cents) saw the largest declines while Tennessee (+2 cents) saw the largest increase.

Increased gasoline stocks continue to help put downward pressure on pump prices, even as demand remains robust. According to EIA's report for the week ending on December 13, total gas stocks in the region grew by approximately 500,000 bbl, bringing the total to 31.63 million bbl. The current supply level is 4.08 million bbl higher than last year's level at this time, which will likely continue to help prices in the region decline throughout the week.

Rockies states are seeing some of the largest weekly decreases in the country with Idaho (-9 cents), Utah (-5 cents), and Colorado (-4 cents) landing this week’s top 10 list. Pump prices in Montana and Wyoming also edged cheaper during the last seven days.

In the region, state averages range from $2.61 - $2.75, which are very similar to prices last year at this time. This is true for all Rockies states with the exception of Colorado whose average is 36 cents more expensive than this time last year. In Colorado, this year-over-year difference is likely related to more expensive year-end crude oil prices.

The EIA’s latest report shows gasoline stocks higher on the week, jumping to 7.6 million bbl as refinery utilization increased by 4%, to 96%. This winning combination means motorists in the region will see gas prices push even cheaper through the year-end.

At the close of Friday’s formal trading session on the NYMEX, WTI decreased by 74 cents to settle at $60.44. Crude prices ended the week up slightly over the previous week amid increased optimism that trade tensions are continuing to decline between the U.S and China -- the world's two largest crude oil consumers. This hope has reduced market concerns that global crude demand will decrease next year, helping to raise price expectations for early 2020.

Crude prices also increased this week after EIA’s recent petroleum status report revealed that total domestic crude stocks decreased by 1.1 million bbl to 446.8 million bbl last week. Total domestic stocks are 5.4 million bbl higher than where they were at this time in 2018.