Gas Prices Dropping with Temperatures Across the Country

Gas Prices Dropping with Temperatures Across the Country 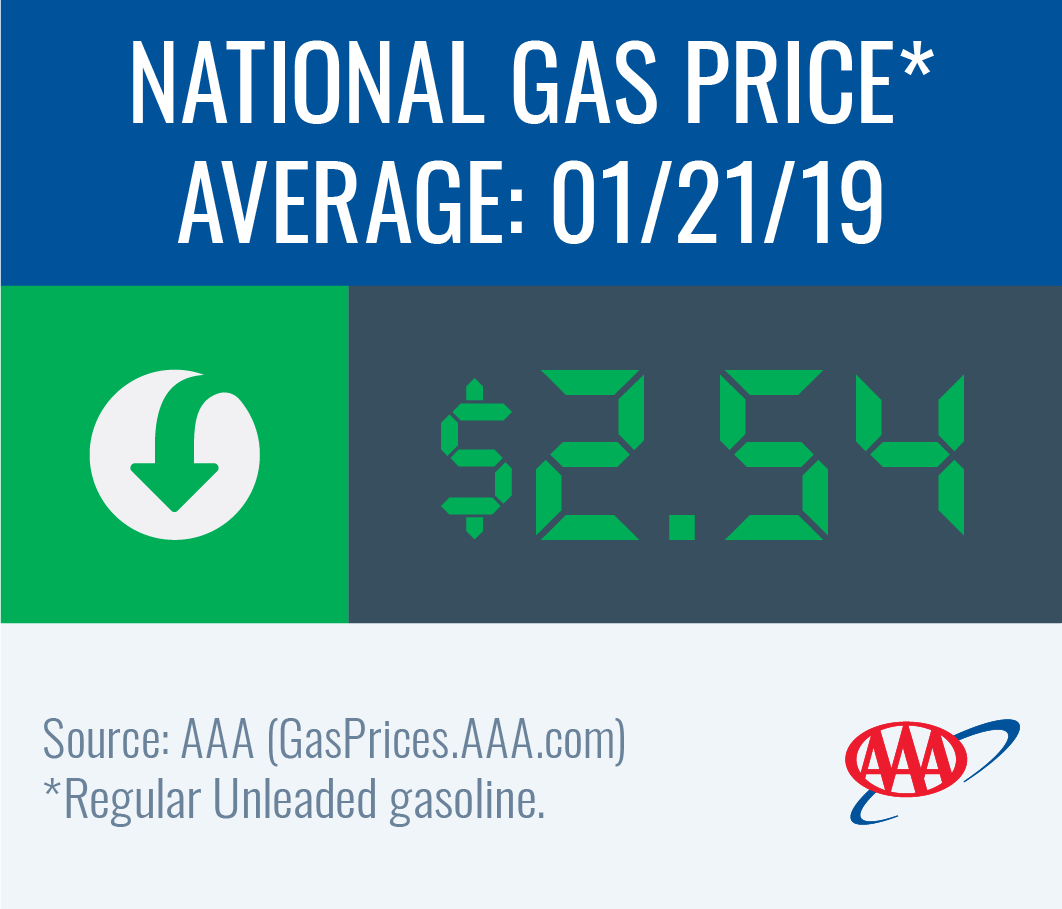 The national gas price average is $2.54, which is three cents cheaper than last week, a penny less than last month, yet 30-cents more than a year ago. Gas prices edged cheaper in the last week as gasoline stocks grew, measuring at 258 million bbl - a stock level not recorded by the Energy Information Administration (EIA) in nearly a year.

State gas price averages in the region are as much as a dime cheaper on the week. Three Great Lakes and Central states land on the top 10 list for largest weekly changes: Michigan (-10 cents), Indiana (-9 cents) and Illinois (-6 cents). Motorists in the region are paying $2.16 - $2.61 to fill-up.

While motorists in the region are paying less compared to last week to fill-up, they are paying a lot more compared to this time last year. Gas prices are at least a quarter more expensive across the region, with Ohio (+54 cents) having the largest year-over-year difference.

Regional gasoline stocks built by 1.5 million bbl, according to the EIA, bumping totals to 56.5 million bbl. Stocks have been steadily building since mid-November and are at the highest level for the region in ten months. Typical regional fluctuation aside, gas prices are poised to continue to edge cheaper through the end of the month.

Gas prices are cheaper across the South and Southeast with three states seeing weekly decreases of four cents or more, which land them on the top 10 list of largest weekly differences in the country: South Carolina (-6 cents), Texas (-4 cents) and Georgia (-4 cents). Florida saw the smallest decrease at two cents.

The region saw a second week of substantial stock builds. EIA data reports the South and Southeast saw an increase of 3.4 million bbl, measuring total stocks at 94.3 million bbl. That is the highest regional stock level on record since the EIA began recording and will likely drive gas prices cheaper for motorists across the South and Southeast as regional refinery utilization is strong at 97%.

All states in the Mid-Atlantic and Northeast region saw gas prices decrease on the week. These five states saw the largest declines at the pump in the region: Delaware   (-9 cents), Maryland (-6 cents), North Carolina (-4 cents), Pennsylvania (-4 cents) and Wisconsin (-4 cents).

Compared to last month, gas prices are similar if not slightly cheaper than last month: Delaware (-4 cents), North Carolina (-2 cents), West Virginia (-1 cent) and Maryland ($2.46/no change). All other states in the region are paying as much as four cents more to fill-up month over month.

With a 600,000 bbl build, regional gasoline stocks sit at 65.2million bbl. Gasoline stocks have been steadily building since mid-November during which time regional refinery utilization has mostly held above 67%, paving the way for cheaper gas prices for the region.

Gas prices pushed cheaper for another week in the Rockies with Colorado (-4 cents) having the largest decrease on the week followed by Utah (-3 cents), Wyoming (-3 cents), Montana (-2 cents) and Idaho (-2 cents).  At $2.55, Montana carries the cheapest state average in the region while Utah ($2.62) has the most expensive.

With a 100,000 bbl build, regional gasoline stocks hit a record-breaking high for the region – totaling 8.4 million bbl. This is the highest recorded stock level for the region since the EIA began reporting. More so, the region has not seen stocks measure at 8 million bbl (other than the week prior) since March 2018. This very high and healthy stock levels should continue to put downward pressure on gas prices in the weeks ahead.

At the close of Friday’s formal trading session on the NYMEX, WTI increased by two cents to settle at $58.54. Crude prices fell last week after new data showed that China’s economy, the world’s second largest, grew by 6.1% in 2019. It is the country’s slowest expansion in 29 years. The slower-than-expected growth rate has increased market concerns that global crude demand may decline this year. If those concerns continue into this week, crude prices could decrease again.