Jump in Gasoline Demand Drives Down Stocks, but National Average Remains Flat on the Week

Jump in Gasoline Demand Drives Down Stocks, but National Average Remains Flat on the Week 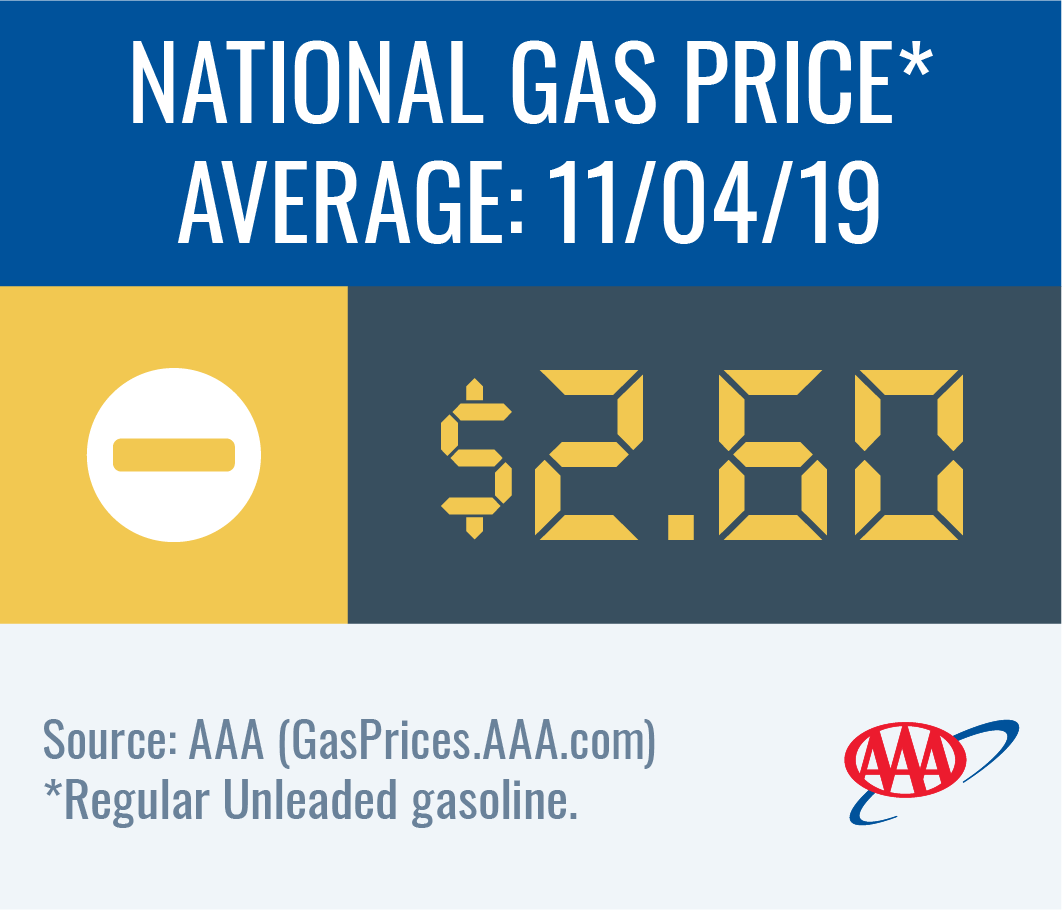 Gasoline demand numbers look more like summer than fall in the Energy Information Administration’s (EIA) latest reports. However, despite the high demand rate and a draw in U.S stocks, the national average held steady on the week at $2.60.

“Gas prices continue to fluctuate across the country, though on the week the majority of states saw prices only increase or decrease by one or two cents,” said Jeanette Casselano, AAA spokesperson. “The largest volatility at the pump continues to be seen in the West Coast & Rockies states along with a handful of states in the Great Lakes and Central region.”

Pump prices in the West Coast region are stabilizing after the region underwent planned and unplanned refinery maintenance over the past few weeks. Reduced supply in the region, amid robust demand, put pressure on pump prices, but the pressure has decreased over the past week as a result of imports and increased production from regional refineries. Prices are expected to continue stabilizing this week, assuming no new supply disruptions occur.

Volatility is being seen at the pump across Great Lakes and Central states. Since last Monday, gas prices have fluctuated as much as nine cents cheaper. States with the largest changes in the country and region include: Michigan (-9 cents), Ohio (+7 cents), Illinois (-5 cents), Indiana (+5 cents), Kentucky (+3 cents) and Wisconsin (-3 cents).

Part of the fluctuation can be attributed to stock levels, which decreased for a third straight week. In EIA’s latest report, total stocks measure at 47.9 million bbl. However, next week could bring a build in stocks as regional refinery utilization increased from 84% to 90%, the highest rate since the end of September. A build in stocks could help to stabilize or encourage cheaper pump prices.

On the week in the South and Southeast gas prices show mostly nominal movement with decreases of a few pennies, with the exception of Florida (+5 cents), Georgia (+3 cents) and Oklahoma (+1 cent).  Across the region, gas prices are cheaper compared to last month by as much as a dime and this time last year by nearly a quarter.

Gasoline stocks measure at 79 million bbl thanks to a build of 420,000 bbl, per EIA data. Regional refinery utilization increased as well, bumping rates to 89%. Refinery maintenance appears to be slowing, which will help to increase utilization this month and result in cheaper gas prices for motorists.

Motorists in the Mid-Atlantic and Northeast states continue to see the lowest pump price volatility in the nation with changes of just one to two pennies. The week brought small increases in Pennsylvania (+2 cents), New Jersey (+2 cent), Delaware (+2 cents), North Carolina (+1 cent) and Maine (+1 cent). Gas prices in the region range from $2.29 to $2.77.

With a 2.7 million bbl draw, gasoline stocks sit at 59.6 million bbl. This is the lowest stock level seen in the region since the end of July. More so, it is a 5 million bbl shortfall compared to this time last year. Refinery maintenance – and lower utilization rates – have contributed to the decrease in stocks in October and fluctuation at the pump recently.

With the exception of Montana ($2.71), gas prices are more expensive than a week ago. Idaho (+7 cents) and Utah (+5 cents) saw the largest weekly increases in the region and the country, with both landing on the top 10 list of states with the biggest weekly jump. Colorado ($2.78) and Wyoming ($2.70) averages increased by one to two cents.

Gasoline stocks have consistently drawn down since the end of September. Total regional stocks are down to 6.9 million bbl – the lowest level since before peak tourism season began this year. With regional refinery utilization slowing, according to EIA’s latest data report, motorists could expect to see slight pump price jumps in the week ahead.

At the close of Friday’s formal trading session on the NYMEX, WTI increased by $2.02 to settle at $56.20. Although crude prices rose sharply on Friday, they mostly fell last week after EIA’s report showed that total domestic crude inventories increased by 5.7 million bbl last week, bringing the new total to 438.9 million bbl. The current level is 12.8 million bbl higher than last year’s level at this same time. Prices increased on Friday after the market expressed relief following U.S. Commerce Secretary Wilbur Ross’ announcement that the U.S. and China, the two largest oil-consuming countries in the world, are on track to complete phase one of their trade negotiations and a deal would likely be signed around mid-November. If trade tensions continue to subside, crude prices may continue to increase this week.